Is the album dying?

The formats that preceded the 33 1/3  r.p.m. long player had considerably smaller storage capacities.  A 78 r.p.m.  12” disc could store around 4 to 5 minutes music on each side.  The once popular 10” format could store around 3 minutes of music per side. Arguably the limitations of the format partly shaped the music the medium helped popularise; versions of popular blues, jazz and tin pan alley were released that adhered to the three minute limitation. As blues, country and tin pan alley spawned rock & roll the three minute format endured. Listen to early albums by Elvis Presley and Buddy Holly and it is apparent that these are essentially compilations of discrete three minute tunes.

33 1/3 offered greatly extended playing times, typically around 20 minutes a side. In comparison with 78 the later format was far more friendly to classical music. Not only did it offer enhanced fidelity, but also extended playing time. Before the existence of the long player the classical music repertoire was greatly edited and frequently reduced to the shorter greatest hits, yet ironically the record playing album was first created in 1908 by a German record company called Odeon who presented Tchaikovsky’s Nutcracker suite over a series of four double sided discs. The idea took a while to catch on, but in time other albums appeared; a collection of discs often held in a book or box with accompanying booklet much like the more lavish collectors’ editions available nowadays.

So contrary to what some writers suggest, the album did exist before Sergeant Pepper. In fairness, when people hold up Sergeant  Pepper as the finest album of all time, what they are driving at is that in Sergeant Pepper the Beatles created a piece of art where each component, the theme, instrumentation, art work, sequencing and so on was presented and woven together as a compelling whole. Now Sergeant Pepper may not be everyone’s cup of musical tea, and as you can see from my personal list below there were great albums pre-dating Sergeant Pepper such as Bob Dylan’s Bringing it all back Home, however for many Sergeant Pepper introduced the world to the concept album as well as highlighting the possibility of conceptualising the album as something more than a collection of tunes, however fine.

This article isn’t intended as a musical history lesson, and the above is essentially my opinion about subjective perceptions of the long player format, so by all means feel free to disagree and argue the importance of Pet Sounds, Boggis of Bag End or some other seminal release. In so doing we will be in agreement on one matter, that the album can be culturally significant. However is it any more?

My personal list of 10 great albums is an indicator of both my increasing decrepitude and decreasing musical taste. Therefore what can we make of the fact that the last album on the list was released in 1996? I find the fact a little startling. Hopefully you will think of a multitude of great albums that were released after 1996 – a few come to mind for me, Bjork’s Vespertine (2001),  Kate Bush’s Aerial (2005) and the various Gas releases early last decade for instance. There have certainly been huge albums, however not being a fan I’m in no position to comment on whether Back to Black or 21 are great records or not. My suspicion is that the album is on its way out.

By May 2012 the BPI were reporting that digital downloads amounted to 55% of spend on music. Why would this be? Because we are listening to music on mp3 players, mobile phones and computers. As the BPI say, CDs will be with us for some time yet, but the trend is clear, we are buying and illegally downloading music files at the expense of physical formats. As an aside the BPI don’t routinely release data on actual value of sales, as these are regarded as sensitive commercial information. What is patently clear is that while record companies bleat on about how illegal downloads are killing music the costs of producing and distributing music is now nigh on negligible, so paying around £1 a tune looks to be poor value for money. Buying music on CDs is now cheaper than via downloads.

So there are a number of contributory factors to the death of the album:

The graph below from Digital Music News shows figures from the USA on album sales. 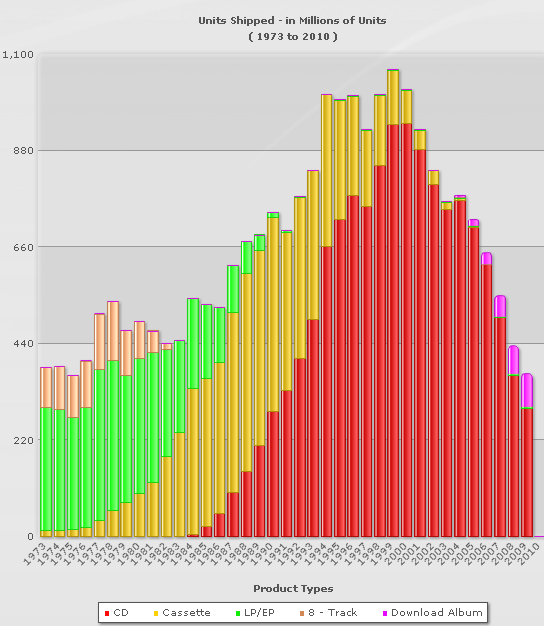 What is revealing from this graph is the fall in sales of albums, and the gradual uptake of digital downloads. 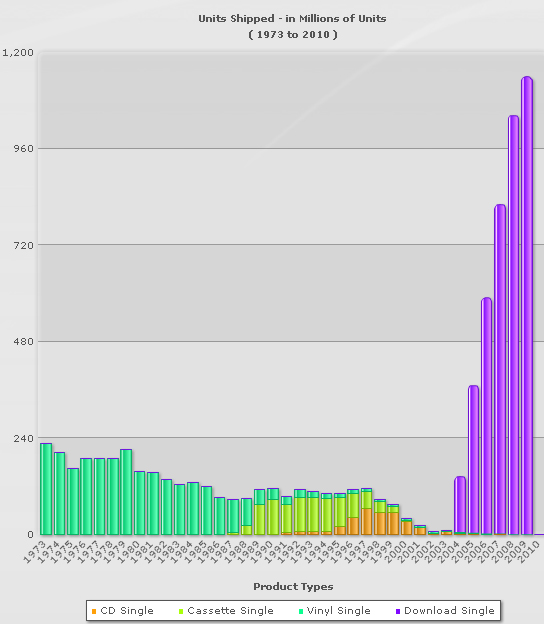 There are some exceptions to the general trend, notably Pink Floyd, AC/DC and Kid Rock have all either refused to allow individual track downloads or have made efforts to maintain the integrity of their album output. To co-opt the name of a classic Kinks album this bunch would blend in well with the Village Green Preservation Society. When I think of the future Kid Rock isn’t in it, however there has been a move in the digital download market towards albums. And there has also been a move away from people owning music at all. In poorer parts of the world fewer people ‘own’ music in the way western consumers have, now in the richer countries people with access to the internet are using services like Last FM and Spotify to stream music rather than buy it. This will only further add to the demise of the album.

I would like to sign off with ‘the album is dead, long live the album’, but I don’t really believe this. There will be great albums in the future, but as the  listening habits of downloaders and producers change there will be a clamour to be heard above the crowd, and a return to the days of the single. It’s a singles life.

What makes a great album?

These fail safe steps will assure anyone creating or purchasing an album that it is sure to be great. 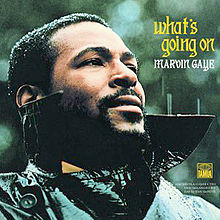 Email to a loved one